(Reading Guidance, Episode.2) Detox Your Skin; Only Water for 14 Days

If you are in China:

Hello, everyone, now we are going to talk the second episode of the book “Detox Your Skin; Only Water for 14 Days.”

For the next four or five minutes, I'm going to make clear what is called "skin detoxification." --the source of the book. Ok, let's move on.

This book comes from the moment when Kang Jian (healthy magazine; 康健) interviewed me for laser safety, for I am the education chairman in the beauty of Taiwan Chinese Society of Cosmetic surgery and Anti-aging Medicine. Then we talked about the concept of skin monitoring, and roughly speaking of this concept in the 2011; The magazine——Kang Jian is interested in this book, so we started to come up with the title "the real medical beauty with nothing but water for 14 days".

That's the way it was. I told you about it (in the first introduction) last time.

Later, Ms. Yang was asked to write the book.

The reason for (asking her) to write is simple that I can't write it. It meant that you need to sort out the first, the second and the third part from a lot of complex knowledge, and I really couldn't do that.

So, with the help of Miss Yang, we sorted out the book at that time. After sorting out, Kang Jian told me that they wanted to name the book "Skin Detoxification".

In fact, I think "skin detoxification" is very strange; but they (Kang Jian) later convince me, I think it is right; Skin Detoxification’s basic concept, the first, is that it is really like drugs.

You can find drugs have a very interesting phenomenon; for example: eat like morphine, heroin, first you may feel very comfortable 0.1 grams, a little vulgar is "cool"; then you may be 0.2, 0.3, 0.4 grams, the next step..... Increase the dose, and then arrive at the point of stimulation.

So for the first time, it will increase the dose.

The second one, when you go to rehab, it will be very painful. You’ll break things; burst into tears, runny nose, tears, wall......

Third, when you finally withdrawal a half time; perhaps half a year, you are no longer in the control of heroin; This time you just hit the heroin again, you may not need 0.8 grams; perhaps 0.1 grams, then you begin to feel comfortable. ".

First, we call it the "dose superposition effect", The second one is called "poison withdrawal effect". The third, we called "the disappearance of the dose of tolerance".

Dose superposition, or dose tolerance, which is common in drugs; In fact, we can also find it when we are in the overuse of skin care products.

The first time you use; for example, control pox, or anti-sensitive, the effect is very good, (but) next time you may want to wipe a little more, then the effect will come out. So it is actually a dose superposition effect, if you yourself to review your past.

And then we come to talk about the detoxification process.

"Skin care" , what we have to do is actually very simple: please wash your face with just water ( that’s why it was originally called "do not wash your face for 14 days ").

When you are no longer using these things; no longer use these excess things, you will find that the skin begin to react, which is full of hard work. For instance, the person who is free of pimple will tend to have it, and the person who does not blush will blush.

The third (here should be the fourth), "dose tolerance effect" when you finally through a period of time, maybe three months, six months, one year ... ... you finally survive from these time . At this time you will find that anti-acne medicine, lotion which you used to use suddenly become effective.

In other words, you are always president of acne, you rub a lot of anti-acne medicine, and then rub the more heavy, finally you couldn’t take it down; in the end, you determined to stop it ,later a lot of pimple appear, which comes to the second stage.

And then to the third stage: when you finally finished; may be half a year later, then you turn around and rub your original emulsion, you will feel super effective.

Well, that’s the content this time, and then we're going to record the third part, thank you. 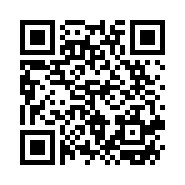